Ann's Eulogy for Will 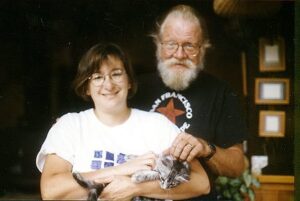 On June 21, Will and I would have celebrated our 25 year partnership. We intended to celebrate that, his 65th birthday and his 31 years on our Westford homestead at a party at some point during this summer. Knowing Will, he would like us, you and me, to celebrate even though he can't be here physically. Even if no party occurs this summer, I know, because it is written in his will, that he wanted us to celebrate his life more than grieve for its loss. As he said in his interview with Kevin Kelley a few months ago when he was asked about dying, “I assume that in the sense one lives on, it is in the memory of friends and community. It's certainly not in any pie-in-the-sky location.” So here we are, remembering and celebrating Will.

Will was an amazing life partner. We met doing anti-draft registration counseling in the early '80's. I was, like most people who have met him, awestruck by his historical and political knowledge and commitment to making the world a more just and equitable place for all living creatures. We met during the summer of 1980 and participated in many actions and meetings together, but we didn't start our relationship until that fall. It never even occurred to me that someone with his analysis and sophisticated political awareness would even take a second look at me, so, to be honest, I didn't take a second look at him, except to try to be at as many meetings and rallies as he was so I could learn from him. My guess is, this may be true for many of you, too. But, as we worked together on numerous projects and committees, we started to become friends and I realized that it was okay to not be as knowledgeable as he was! I had my own strengths that I brought to our work and that's what got me noticed by him! 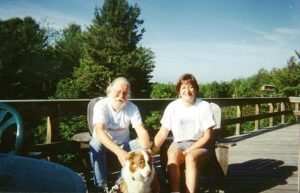 Will, Ann and Rosa.

I was thrilled when I got my first invitation to dinner at what would later become our home. I would finally get to see, in person, the homestead he had talked about building and creating. In fact, it wasn't until I first started visiting the homestead that I really fell in love with Will. He was living the life that I had fantasized about for years. He loved his home and was so proud of the craft skills that he had learned while creating it and he wanted to share this lifestyle with someone politically compatible but also with someone who wanted to care for a piece of land and use it in an environmentally conscientious way. We were a good match right from the start. I was an eager learner and he was the ever eager and excellent teacher. As our skills merged and we found that our strengths and interests varied we worked out a division of labor which met each of our needs. We wanted this relationship to be built on feminist ideals, believing that we should each learn and partake in all the necessary aspects of running a homestead. Soon we learned that while it was good to know how to do many of the same tasks, we didn't need to share in all of them. Will was a master with a chainsaw and didn't mind cleaning bathrooms, I preferred doing the laundry and spending as much time in our garden as possible. I learned to build but chose to remain in the crew position while Will was so much better at doing the calculations and preparations for each building project. We knew our strengths and interests and we complemented each other with them. 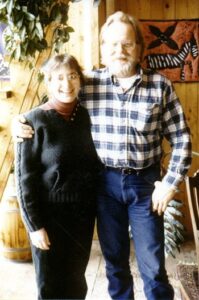 I loved Will. For his sweet, caring, gentle heart. For the warmth and care he had for me. He always looked out for me in what used to be called a “gentlemanly” way. I often teased him, saying, “I thought chivalry went out ages ago.” And he'd say, “Kindness never goes out of style.” And for this, I let him open doors for me, rescue me from snow banks and call me at school after 7 pm to remind me that it was time to come home and what should he start for dinner. I sometimes felt like the most treasured and cared for person on earth. Will accepted and loved me for me. In the last card I received from him, on Valentine's Day, I was told, “I'm not sure of a lot of things … but the one thing I am sure of is us!”

Other people today will talk about what they learned from Will politically over the years, but I'll share with you what it took to become that expert we all knew him to be. While we all had our moments of being overwhelmed by his massive amount of knowledge regarding world and national affairs and his ability to piece it all together logically, we also had moments when we wanted to turn him off as we would a radio. He could, quite honestly, be overwhelming at times, especially if you disagreed with his analysis or were not moving in the same direction as he was moving.

I, on the other hand, got to see what it took to become Will Miller. What an incredible scholar he was. He was in learning mode all of the time. He read voraciously and researched so many different topics, doing what my father described as “connecting the dots.” He was incredible at this and it took quite an effort on his part. Will would actually sleep with a headset in his ear listening to BBC World News. He didn't want to miss a moment of news, ever. He said he collected information as he was falling asleep and when he woke up in the middle of the night for a trip to the bathroom. Those of you who have been to our bathroom will know that he maintained a most interesting library extension in there! During the day, he listened to the news constantly even when working on other projects at the computer or reading at his desk. He was a news junky of both centrist news and the left press which is what helped him to be so aware. While he looked at the world through a Marxist lens, he also created his own spin based on current events which we all found so useful. 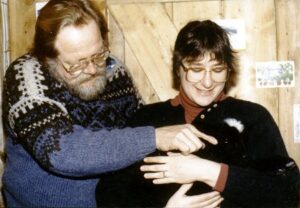 To live with Will was also to be in learning mode all the time. But, I was lucky that we shared so many other interests as well and could move beyond the politics – sometimes! We loved working together, in the barn, garage, woods, on household projects. He loved to hear my stories about my day at work and always reminded me that I had to take better care myself by not working so hard and taking on too much. But, he, along with my parents, was a poor role model for this suggestion! When I had my own health crisis 3½ years ago, Will continued to demonstrate his care for me, taking on many of my chores around our home. He never once complained about the change in the division of labor. He only wanted to make my life easier, safer and as productive as I could make it. He truly believed that we should all work to our fullest potential and it didn't matter that my abilities had changed which significantly changed his life as well.

During the days after Will died, I received so many wonderful words of support. The speakout on campus was beautiful and so incredibly heartfelt. The article in the Free Press would have pleased him so much. And, in Seven Days, only Peter Freyne could have figured out how to get Will Miller and “Red” Martin in the same sentence complimenting both of them! These two people who helped revolutionize Vermont in very different ways probably never had anything in common and yet Peter reminded us that both of them helped to shape this community. I just can't figure out how Peter managed to leave out that famous line from the old TV show To Tell the Truth -- Will the real “red” please stand up!

Will loved that in the same issue that Kevin Kelley's piece came out about the website that Jay Moore and I created, opposite from it was an article about universal health care an issue Will brought up whenever possible. He also loved that Rachel Bissex, a friend of ours, was memorialized with several articles and many pictures in that issue. What Will missed seeing was on the backside of his obituary, in the Burlington Free Press. There was a great article about a former Marine recruiter who has given up his job to tell the truth to high school students about what recruiters are actually trained to do and usually manage to accomplish. This former Marine, Sergeant James Massey, turned anti-war activist, was someone Will had heard about, greatly admired and wanted to meet. Then there was the piece by Anne Petermann and Orin Langelle in the Vermont Guardian. What a wonderful tribute to Will.

Will didn't want to die. He had too many things to do, so many plans for the future and a hopefulness that exceeded most of ours. While he was a man who studied and taught about death and dying for many years, he remained in denial until his final breath.

I knew something was drastically different with Will's health on the day before I took him to the hospital when he said to me he was having difficulty determining between fact and fiction. Here was a man who had spent his whole life making that differentiation and now confusion was settling into his brain. How utterly frustrating that must have been for him and yet he never showed frustration. He remained calm right up to his end.

However, in the weeks just prior to Will's death he started saying profound and simple things. I wish I could have written more of them down so I could remember them. But one that stuck was, “Things pile up when you don't get them done.” He said this so innocently and I took it to heart, and think we all can, too. There are many things that need to be done and there are many of us available and able to do them so they don't pile up! Let Will's voice continue to be heard through all of us. 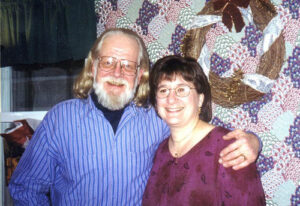